G Love at The Showbox

I'm pretty sure that if you asked my friends and family who my favorite band or artist is - most would probably say G Love and Special Sauce (well, a few of them might say Richie Aldente).
While I have been to tons of G Love shows in my life, and have a long history with the band, it's been awhile since I've caught G while living in Seattle. In fact, I'm not even sure if they've been here since the last show I caught at Marymoore Park in August of 2007. 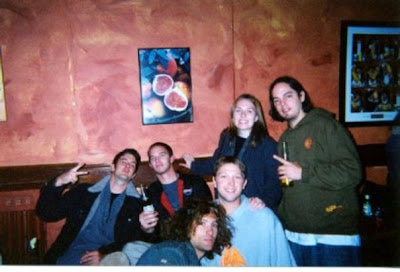 The night after my 2nd G Love show ever, Madison, Wisc. 2002.
Left clockwise: G, Miles (Slightly Stoopid), Me, Chris D., Chris, Steve (DJ Pubes)
I need to go off on a tangent about the night from the photo above. Chris and I were in Madison, Wisconsin after I flew to Milwaukee to meet him for a G show. Then we drove to Madison. MapQuest (hey - it was 2002) gave us directions to a mental hospital instead of the venue, so that was freaky.
Then we got to the venue, Kick Drum was playing. The venue was kind of empty. After the show we met up with Chris D. on the tour bus and had to wait a little while for G, as girls were on the tour bus (in skimpy Halloween outfits, of course) getting their various body parts signed. After that we went to some house party on campus? We had a lot of people in our party (more than in the pic above) and the party was, well, some college party. The kegs ran out, which means we ran out. Then we ended up at the one bar that was open, didn't have a line, etc (Madison, Wisc. is crazy on Halloween).
Also, I passed G's ID to the bouncer and looked at his age, he was 30 at the time. I remember thinking, wow, he is soooo old. Yeah, I'm 30 now.
I have many more pics and stories over the years, that's for sure. Some are good, some are epic, some could probably get me arrested. But I'll spare you the details.
Anyway, I was pretty excited when April said that she wanted to go to the show. Also, our friend Josh was in, too. I tried to get Chris (pictured above) to come in from Chicago, but that didn't happen. Oh, and our friend Pablo somehow sneaked in (show was sold out).
The show was really fun. G opened with I-76 (which is Chris's fav song) and played a lot of the old favs like Friday Night, This Ain't Livin' and many more that escape me at this moment. 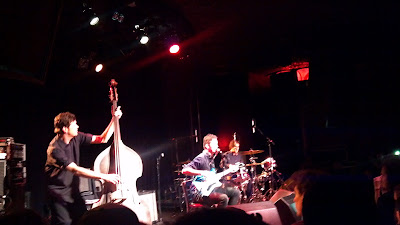 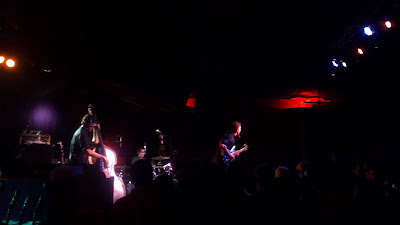 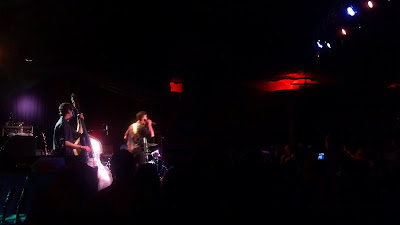 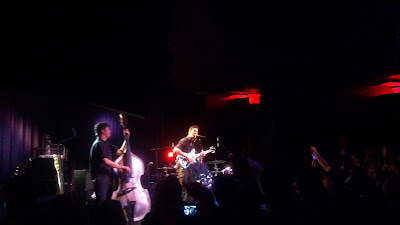 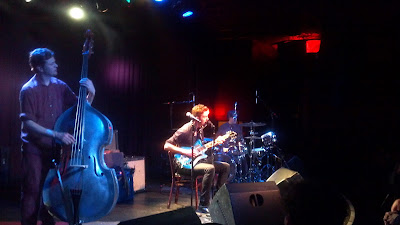 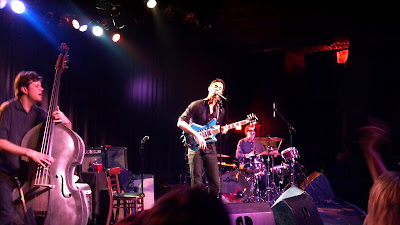 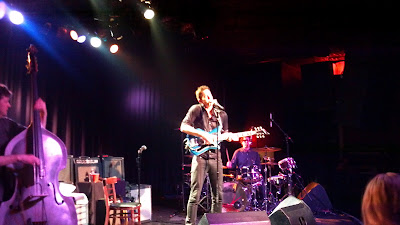 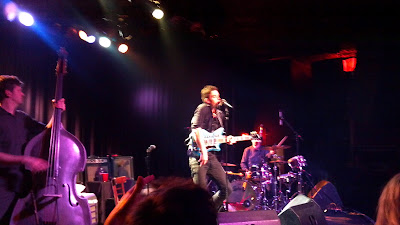 Before the show, we pre-gamed, possibly a little too hard. Josh ended up disappearing at some point, and April and I had to take a cab home (for which the cab driver yelled at us for paying with a card). Oh and we lost Pablo.

Chris said…
This story points out how far we used to drive to have a good time. Seems like getting older means keeping it local. How many of you drop everything and drive three hours for a concert nowadays?
PS I miss blog comments, no one comments on blogs anymore.
March 10, 2012 at 1:19:00 PM PST