Bringing the Scrunchie Back

I am sure we all remember the episode of Sex And The City where Carrie mocks Berger for having his main character run around town in a scrunchie. The episode is titled "Pick-A-Little, Talk-A-Little" and aired in 2003.


Fast forward nine years... and I'm bringing the scrunchie back.

Scrunchies are:
So, I did some Googling and found out - actual stores are even carrying them again.

Well, I am proud to announce, I picked up three new scrunchies from AA today. I went with the black and white stripe, black and white print and a purple. As someone that often wears her hair up, you better believe I will be rocking these, quite often. I also ordered the three pack online, so I'll have a few more options to choose from. 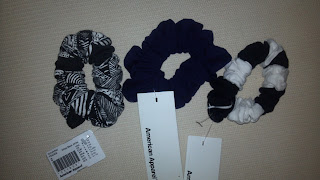 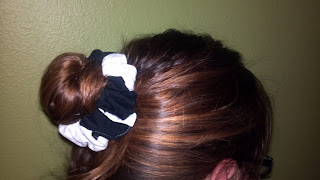 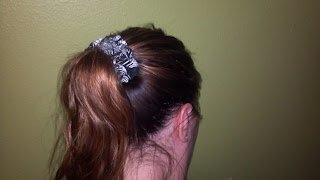 I know some of you are going to knock me for rocking this trend, but it's time. I highly recommend you head out and purchase one for yourself - and you'll be hooked again, just like it was 1992. Luckily, it's catching on and I think we're going to see the scrunchie come back in a big way.

And, I mean, at least I'm not still wearing feathers in my hair, right? (Oh wait, I miss my peacock blue color feathers.)

*Side note, I will admit, when Amanda Knox flew back to Seattle from Italy last October, the first thing I said to April about the whole ordeal was something negative about her scrunchie.

Larzy said…
It's an excellent article you've written here about Scrunchie. Your article provided me with some unique and useful knowledge. Thank you for bringing this post to our attention.
Buy Scrunchie Online
May 26, 2021 at 1:37:00 AM PDT