Sometimes when I am unhappy, frustrated, fed up or feeling down, I have this recent trigger that can pull me right out of my funk. I think we all have a specific memory, that upon thinking of it, we smile and cannot help but feel happy and grateful. I have many of these, some from my childhood, some are more recent.


The year was 2002. My friend Alex (girl Alex) and I were hanging out and listening to this Aware Records sampler. There was a random song from a random guy called "Sleep All Day." We loved this song then went online and downloaded more and more of the music by this guy named Jason Mraz.

A few months later, my friend and future ex-boyfriend, Greg, told me he could get me into a Dave Matthews show in Chicago. I was living in Detroit at the time and Alex and I jumped at this chance. It turns out Ian, Greg's friend, was the bassist in Mraz's band and Mraz was opening. Alex and I jumped in my car and drove from Detroit to Chicago, right to Roseland Arena. We got there about 5 hours later, headed to will call where we picked up tickets and backstage passes.

After entering the arena, we headed backstage. Later, we found out that technically we were not supposed be backstage at all, our passes were for some after show party, "comfort passes." We met Ian, and met Mraz (he was spitting blood into a garbage can, I am not sure why). We shot the shit for a little bit, then headed back to our seats to catch Dave. 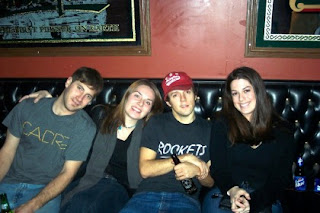 
Fast forward nine years (and Ian hooking me up with tickets to probably twelve Mraz shows?), I live in Seattle, Ian is the person out here I've pretty much known the longest. He is no longer on tour with Mraz and is living in the Emerald City. We start hanging out again, here and there. Fast forward another year later and he asks me to help with his new project, Richie Aldente. I listen to a few tracks, I love it, and I am in.

Then Richie's (the band) friend Bushwalla invites them to open for a show in San Diego in August, they accept. They need a place to stay, so Ian calls up Mraz and asks if we can stay there.

So, next thing I know, a few weeks later I am on a plane headed to San Diego with the boys. We get to Mraz's house pretty late in the evening on a Monday night, and say hello to everyone and pretty much head straight to bed (where I fell asleep to Ian reading me Tweets from Kluga Kardashian). 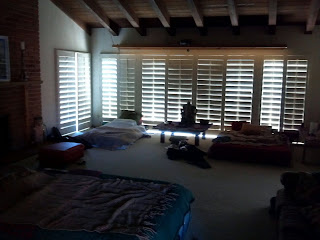 My bed was the twin bed.

The next morning we woke up, got ready for breakfast, hung around the house and the avocado farm, played in the studio, then went to the beach. 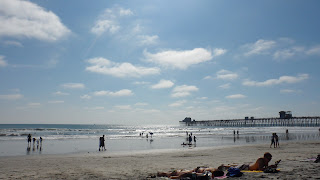 After a day at the beach (and I mean, hours fighting the waves, walking down the beach, having a great time) we came back to the house to shower, and get ready for the evening.

After Tim and I got ready, I was looking for Ian, but he was nowhere to be found. I ventured out to the studio and there he was, playing with Jason and Toca, just like old times. 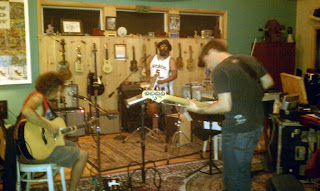 Here they were, jamming, playing as a trio again. It was so fun to watch them, and listen to J sing the songs that accompanied many road trips, heart breaks, friendships and good times in my 20's.

That night we sat on pillows, on the floor. Tim, me, some friends of J. It was so warm outside, the french doors were wide open. I could smell the blooms from the avocado trees outside, my hair was wet from my shower, and still smelled of sea salt from our day at the beach. 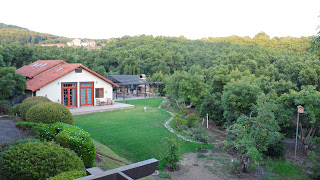 The studio and avocado farm.

We all sat there, and listened, and watched as Mraz, Toca and Ian preformed a private concert, just for us. My favorite moment was when Mraz forgot a lyric in a song, I believe it may have been Childlike Wildlife, and I told him what it was. He then said - how do you guys know these songs?

I took some sneaky videos, and in reality I could have probably taken non-sneaky, but I was too busy enjoying the present.

So, in a nutshell, that night was a night that just felt right, and surreal, and I was with some of my favorite people in the world (Tim and Ian) and the weather, the scents, the surroundings just felt right. So, when I'm bummed, all I need to do is watch one of the videos, look at the pictures, or just even think of the mid-week adventure to Oceanside, California and I snap out of my funk and appreciate my current surroundings again.

And I must say, upon leaving I thanked J a million times, for inviting us into his home and being a wonderful host to us. While I do not remember his exact response, it was something along the lines of that is what one does when they have a large house and friends need a place to stay. Not a mentality most people own.

So, to sum it up, listen to Richie Aldente, go to their shows, so I can do this, or something like this, in the near future.

Oh, and I ate WAY too many fresh avocados while on the avocado farm. 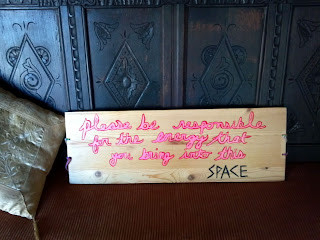 Marçal Oliveira said…
In loving with this post <3
I hope someday to go to his farm. I'm from Brazil and I am going to America in August. I'm a big fan of Mraz and I need to meet you :) 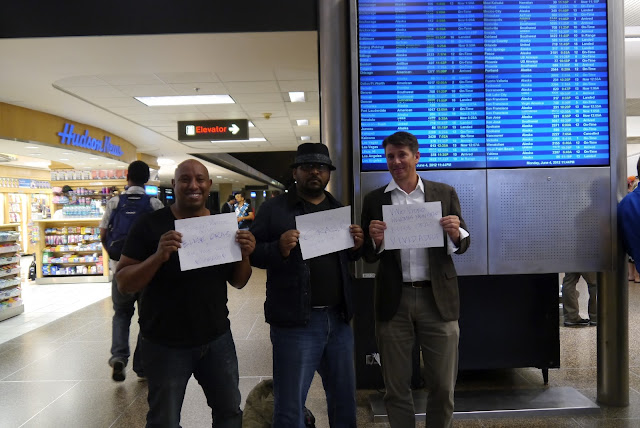 Airport Signs - My Friends Are Unusual